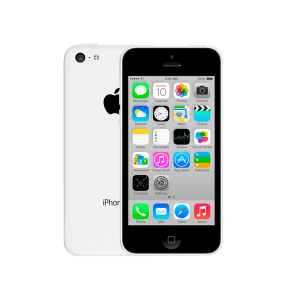 Instead of battery capacity, Apple lists the battery life in different applications. This marketing ploy is more obvious than the characteristics of its battery. In addition, an iPhone with a large battery does not always last longer. It all depends on power consumption and device optimization. Let’s take a look and compare iPhone battery capacity and average battery life.

iPhone XS, XS Max, XR, X, 8, 8 Plus, 7, 7 Plus, SE, 6s, 6s Plus, and 6 are optimized to work “till night”. This means that the battery lasts for a day of active use, and in the evening the phone must be charged. If your iPhone starts to discharge quickly, takes a long time to charge, or has other problems with the battery, contact Mr Fix. Our technicians will quickly and efficiently eliminate any problem.

In this article, we suggest you find out which iPhone will “live” longer without charging. To do this, consider the characteristics of current iPhone models.

These are representatives of the younger versions of different generations. They are equipped with batteries with an average capacity of 1830 mAh and are optimized for moderate use throughout the day. IPhones 6, 6S, 7 and 8 have 240 hours of standby time, 14 hours of 3G talk time and 40 hours of listening to music. iPhone SE lasts longer than, for example, iPhone 6. This is due to the fact that not only the battery capacity (1624 mAh), but also the screen of this smartphone is smaller. Such a smartphone provides up to 13 hours of Internet access or video playback, up to 14 hours of talk time and up to 50 hours of music.

On average, the batteries of the older versions have a volume of 2800 mAh, which is 65% more than that of conventional models. The battery life is also increased by 65%, and at the end of the working day with moderate use, the battery remains about 30% of the charge. The older versions have a standby time of 384 hours. But the optimization of applications in the new versions has worsened, if on the iPhone 6 Plus and 6S Plus, you can listen to music for 80 hours, talk via 3G for 24 hours, then on the 7 Plus and 8 Plus – only 60 and 21 hours, respectively.

The autonomy work of the phone is completely similar to that of the 8 Plus. Battery capacity is 2716 mAh, standby time is 384 hours, when talking via 3G – 21 hours, when listening to music – 60 hours.

Before the release of the iPhone X, Apple adhered to the concept of the younger and older versions of the iPhone in the series, which differ significantly in autonomy. But the XS, XS Max and XR models have roughly the same battery life. Subcategories of already released iPhones in terms of autonomy: Standard versions of iPhones of the previous series – 6, 6S, 7, 8. With active use, devices may not be enough until the end of the day. The same goes for the SE model. Improved versions of iPhones of the previous series – 6 Plus, 6s Plus, 7 Plus, 8 Plus. With active use at the end of the day, the devices have about 30% of the charge. IPhones of the new series – X, XS, XS Max, XR. These are phones that, with active use, will have enough charge until late at night.

The iPhone XS and XS Max have almost the same battery life. The XR, on the other hand, is the record holder, the best iPhone ever in terms of battery life, although its battery capacity is even lower than the XS Max. The reason for the excellent battery life is the energy efficient LCD screen technology and the lowered HD + resolution – 1792 * 828 pixels.      Apple still doesn’t have a smartphone that can be used for several days without recharging. The iPhone is all about stable work with daily charging, and due to the small battery the devices remain compact and light. If you need the iPhone to be guaranteed to survive until nightfall even with very active use, choose the new version. For stable, but not voluminous work, “older” options are suitable.