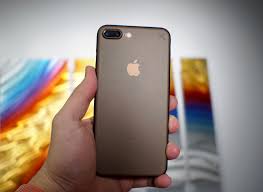 Meet the brand new iPhone XR 2019. This model is almost a twin of the 2019 XS. It has the same shape as any other Apple phone, starting with the iPhone 6, there is a notch on the front panel, and on the back there is a characteristic 2019 XS square ledge.

The only distinction is that in the new model, instead of the third sensor, there is one flash with a microphone hole on top of the phone. The new 6.1-inch iPhone 2019 will have two cameras instead of the current one sensor. This was stated by a well-known OnLeaks insider, who published new renders of the iPhone XR 2019, created on the basis of drawings, leaked from production. According to the insider, using this design of the camera in the iPhone XR 2019, Apple will make the appearance of their new smartphones single and unique.

This dual-camera phone is likely to have two 12-megapixel sensors and telephotographic lenses with 2x optical zoom.

The insider claims that the phone will have a CD panel with the same resolution as the current device: 1792 x 828 pixels.