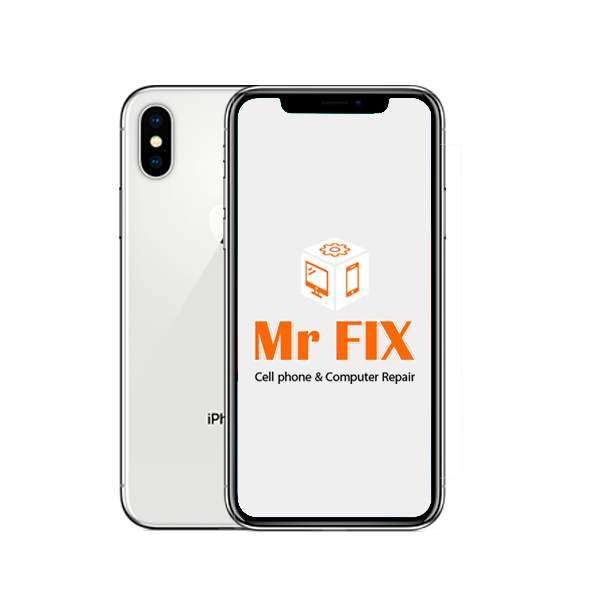 A black screen on an iPhone X can be for a variety of reasons – from hardware failures and problems with firmware to breakdowns due to mechanical damage.

Even the highest quality smartphones periodically fail – any user can suddenly face such a problem as a black screen on an iPhone. You have rebooted your iPhone, connected it to the charger, and your iPhone screen is still black, don’t hurry to get upset. Perhaps, restoring the device is not as difficult as it seems at first glance. Various breakdowns can lead to the black screen, which in some cases can be fixed by yourself.

In this article, we will explain why your iPhone screen won’t turn on and what you can do to fix it.

Why Does Iphone Have a Black Screen

Typical reasons why the iPhone screen does not turn on:

1. If you dropped your iPhone X on a hard surface or other mechanical damage, due to which the display may be damaged, the flex cable may come off.

2. Full discharge of the smartphone, which can lead to the fact that the “apple” device stops functioning – vibrate, transmit signals, show an image of an apple, etc.

3. The presence of an error in a specific application. In this case, the display darkens when you enter this application.

4. A failure occurred during the download phase. At the same time, the apple icon is constantly on the screen and nothing else happens.

If a white logo is on the screen, it is most likely that an error occurred while updating the system or restoring from a backup, due to which the iPhone does not turn on. If a hard restart did not help, try to fix the situation using iTunes:

• Hold down the Home and Power buttons

• Press Home again and connect the phone to the cable

• A dialog box should appear on the computer (to restore, click the corresponding button in the window)

The firmware update usually takes about 40 minutes. After the performed procedure, your iPhone and display should take some time to work. It usually takes up to 40 minutes for iOS to download from Apple servers. Usually, an emergency reboot of the device helps to cope with any failure during the firmware update, but if this does not happen, try entering DFU Mode and resetting the settings to factory settings.

Mechanical Damage Is a Reason To Contact a Service Center

There are two main reasons why your screen went dark. The first is if the cable that connects the LCD display to the logic board has disconnected (moved away) when dropped, the second is the display itself is broken. Only experienced service technicians can determine the exact reason. Mr Fix will carry out free diagnostics of your device and tell you exactly what kind of repair you need.

Repairing Your IPhone Yourself Is A Bad Idea

Replacing the display on an iPhone X is very difficult due to the number of components involved. We do not recommend that you try to fix this problem yourself, because it is too easy to break something in your iPhone.