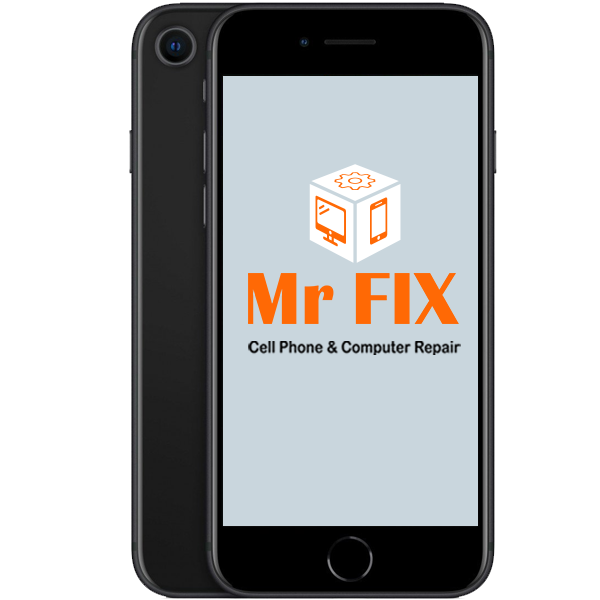 This breakdown is widespread among iPhone owners. The display is sturdy but fragile because it consists of Gorilla Glass. Mr. Fix will help you to repair the following iPhone models:

How Much Does It Cost to Repair an iPhone 6 Screen?

The iPhone 6 broke the sales records of the previous series. iPhone 6 has a new, larger screen with high image quality, reliable protection against moisture penetration inside the case, and enhanced capabilities of existing smartphone functions.

With the advent of new capabilities, the iPhone 6 also encountered further breakdowns. A large screen is more vulnerable to falls and mechanical stress – as a result, you can have a broken screen. A voltage drop causes a short circuit in the motherboard. Rough handling of the phone near water leads to its penetration into the case and damage to the main BGA components.

The iPhone 6 screen repair and replacement procedure ranges from (price) to (price).

How Much Does It Cost to Repair an iPhone 7 Screen?

iPhone 7 is a new generation of smartphones with different functionality. In terms of speed, the mobile device is one of the fastest in the world. Also, the model has a capacious battery that lasts longer without additional charging than its predecessors. All this, combined with quality and reliability, and a stylish and slim body, make the phone popular with consumers.

Despite the build quality, reliability of parts, and moisture resistance, situations can still occur when a smartphone fails. In this case, iPhone 7 repair is required, which you can do at Mr. Fix.

The service shop is equipped with special tools and equipment to separate the glass from the display module and replace it with a new one. But the cost of such a repair is quite justified because the display module costs three3 times more than glass replacement. Replacing the display module is the most effective solution when the top glass of your phone is broken. As in all iPhone models, after falling on a hard surface, the body, buttons, and charging connector may suffer. In this case, we do an urgent repair of the iPhone 7.

The cost of iPhone 7 screen repair and replacement varies from 55$ to 69$.

How Much Does It Cost to Repair an iPhone 8 Screen?

At the beginning of autumn 2017, Apple presented three new products at once – iPhone 8, 8 Plus, and iPhone X. New versions of the long-loved smartphones are impressive with innovations. The changes affected not only the filling but also the appearance of the smartphone. iPhone 8 is now even more attractive with a glass back that is more durable. The new smartphone design is even more reliable thanks to the use of the latest version of Gorilla Glass. However, despite all the super-strength of the case in this gadget, the appearance of various damages is possible. Such damage can include cracks or deformation of the display matrix. There are different ways to eliminate these flaws, so it is worth considering each case separately from each other. Either way, the iPhone 8 needs to be repaired.

Smartphones from American manufacturers have always been characterized as rugged devices. However, even though the iPhone has long established itself in this light, the risks of various defects are not excluded. Thanks to the possibility of using OLED technology in the new iPhone 8, this element’s reliability is significantly increased. However, all the same, chips and cracks may appear on the glass, which will eventually lead to depressurization of the device. After some time, oxidation of internal parts may occur due to moisture and dirt with dust. If you want to avoid the procedure for a comprehensive repair of the entire gadget but want only to replace the glass, you should contact the service shop in time. Mr. Fix will be the right solution in this case, where you can have warranty repairs.

The cost of iPhone 8 screen repair and replacement varies from 79$ to 99$.

How Much Does It Cost to Repair an iPhone X Screen?

The issue of replacing the screen is still relevant, especially when it comes to severe damage. You may need to replace the iPhone X screen if you notice cracks or chips on it, but the OLED matrix will be fully functional and will not have streaks or spots. They appear under the influence of a strong impact or a lot of pressure on the glass.

Even though iPhones have long established themselves as reliable and multifunctional devices, they cannot be immune to various damages. The same applies to new products from the American company. Cracks in the glass or deformation of the matrix will not go anywhere because the display, as it was, remains the most vulnerable part of the device.

You can see the average cost of replacing the screen in our price list. It is also possible to replace the glass with a touch screen if the sensor starts to fail.

How Much Does It Cost to Repair an iPhone 11 Screen?

Although the iPhone 11 has an increased degree of ruggedness, this smartphone cannot withstand the effects of various factors. In the event of a strong impact or fall, cracks may appear on the glass, or, even worse, it can lead to deformation of the display matrix.

Let’s consider the most correct and common ways to solve the problem. In the case of a strong blow to the protective glass, this can cause much more severe problems. If you found various spots, as well as broken pixels and some other defects, then this may indicate that the sensor or even the matrix may have been damaged. In this case, it may be necessary to replace the screen in the iPhone 11 or replace the back glass.

Mr. Fix can help you to fix not just iPhone screen, but also water damaged iPhone.