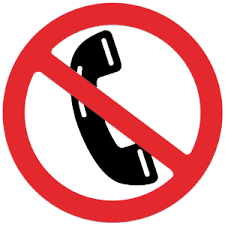 How often do strangers call you? It seems there is nothing to worry about. If you do not want to communicate with anybody – do not take the phone and that’s it. But actually for many people this is a real problem. It is especially relevant for those who provide a personal phone number for contacts at work. Incoming calls from strangers at an inopportune time can throw off balance anyone.

Also “spam” advertising calls from “closed” subscribers (incognito) can be very annoying. You cannot see their number, and do not know whether to pick up the phone. After all, this may be not an advertisement, but an important call from a private corporate number that you cannot pass.

So how can you limit the number of calls from unknown numbers or simply from subscribers with whom you do not want to communicate for various reasons?

There are several options for limiting unwanted calls. We will give the main effective ways to block unknown contacts on iPhones.

The functions of the classic “black list”, in which you can add certain subscribers, are not provided for iPhones. However, there are alternative loopholes to limit annoying calls. Just be ready to devote some time to this process, since you have to block phone numbers individually, one by one.

So, in order to block any unwanted contact from which you regularly receive calls (no matter if you know it or not), go to the “Phone” tab. Find this subscriber in the list of recent calls, and go to the additional menu “Data” on the screen by clicking on the icon to the right of the number. Among the possible options for action with this subscriber you will find a tab – “Block contact”. In this way, you can add to the list of blocked any person who is annoying you – from the list in your phonebook or from unknown (closed) incoming calls.

Using the similar method you can also block messages from subscribers with whom you would not like to communicate. Or you can prohibit spam mailing from undetectable numbers. It is necessary to do the same thing, just by using the message menu.

Similarly, you can place restrictions on calls from people in your phonebook. After selecting the number of the required subscriber from the list, tap on the information symbol, and select to “block” it. After that, the blocked subscriber, making a call to your number, will constantly hear short beeps (as if you are talking to someone and the line is busy). If he wants to send you a message, then it will not be displayed on the screen at all, automatically going into the “trash”.

In order to cancel the blocking of a specific subscriber, you need to find the number in the list “Block and call identification” in the phone settings. Select the desired number, and click on the edit button in the upper right corner. After that, press the red button, and then tap on “unblock”. The disadvantage of this method is that you can block only those people who have called you at least once. But it will not be able to prevent new calls from undetectable numbers. In this sense, the following blocking option is much more effective.

“Do not disturb” night mode

The so-called “do not disturb” function truly remains an invaluable standard “chip” of iPhone. With its help, you can set the Smartphone mode, in which it will switch to passive receiving of calls by default. That is the device accepts incoming calls, but completely silently – without disturbing you.

At the same time, a missed call notification remains on the screen. And when you are free, you can contact the caller at your convenience, as well as ignore an anonymous call (you can immediately add it to the list of blockings using the above described method).

How to activate it? You just need to turn on and configure this mode, it is called “Do not disturb.” Find the tab of the same name in the settings menu. We put the slider near the “Manual” point into the working position. Then you need to set the time interval for its activation in the settings. And the iPhone regularly, every day (by default), will not disturb you with sound notifications during this time period.

This method is good because in this case the user has a choice of several blocking options at once: completely limit a sound notification to absolutely all subscribers, or create a group of selected people with whom you will always be in touch (family, manager, etc.). There is also a third, alternative option – calls will come from any subscribers, but the iPhone (XS) will keep silence during the specified “rest period”.

In addition, there is an option of forcing the loud playback of the signal – in case of repeated calls from the same subscriber. To do this, just select “repeated calls” in the “Do not disturb” tab. In this case, incoming calls that come repeatedly with a small time interval (within three minutes) will be accompanied by a sound (vibration), since this may be something important.